It's been few months since Integrity Toys announced the first ever WClub doll exclusive which was a Ooh La La Poppy Parker giftset, and fans had been waiting for ages for the second WClub exclusives and wow, did we in for a special treat?

It's ANOTHER giftset which include TWO FREAKING DOLLS!!! And with their motto "More IS MORE" they offered us lucky members a change to pre orders two of most beloved fan favorite characters which are Agnes Von Weiss™ and Giselle Diefendorf™ and this giftset include two dolls, killer accessories and fabulous gothic inspired fashion maybe? 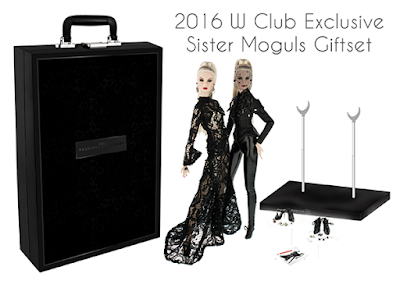 Being a sucker for blonde, with red lips and cream or japan skintones, AND miss Agnes as one of of top 6 favorites and Giselle (soon to be one of my top fave doll and am going to drop Eugenia from the list), this set, without a doubt, one of the best thing Integrity Toys ever produced. While I know the hair stylist is overdone (TOO many blondes with ponytails, even my husband mistaken I already had this kinda of dolls), I STILL WANT MORE of this same hair style and color.

As for fashion, YET again another blacks and I don't mind at all! LOVE the lace couture for Baroness BUT I do think Giselle should rock another style maybe? She's a NU.Face. Need my girl to look young and edgy. She's suppose to be a fashion designer here.

Overall, I LOVE this set and it makes me happy after being in IT dolls drought for months! I DO HOPE the next 3 WClub exclusives will also be gift sets. Better yet, all of them come in a fabulous cases. LOVE that old but updated classic suitcases for dolls. I NEED MORE! Without further ado, here they are... The Sister Moguls Giftset!

*A non-refundable deposit of $25.00 is due immediately at pre-order; the balance of $174.00 + shipping and handling (and tax for Maryland residents) is due approximately late 2016.


When Baroness Agnes Von Weiss decided to launch her own couture studio a few years ago, little did she know that after a rocky start, Von Weiss International would go on to become one of the top European fashion houses! The secret behind this success? Giselle Diefendorf jumping in as lead designer to salvage the whole affair after Agnes tried her hand at designing! Now, thanks to young Giselle's efforts and Agnes' flashy marketing schemes, the house is always on top! Where this duo goes, others are bound to follow!


Baroness Agnes Von Weiss™ and her younger sister Giselle Diefendorf™ are 12.5-inch fully articulated vinyl fashion dolls with long, matching pale blond ponytails and hand-applied eyelashes. In this unique gift set, this killer fashion duo make an impressive display of just how strong fashion runs in their family! Agnes takes the lead in a perfectly form fitting, see-through lace gown designed by her talented sister Giselle, who assembled her own look from pieces of Von Weiss' latest runway looks! This fantastic gift set includes all of the trappings to make it a new centerpiece in your collection and comes in an exclusively designed carry case package for safekeeping! A new double-doll stand and a numbered certificate of authenticity is also included. For adult collectors ages 15 and up. 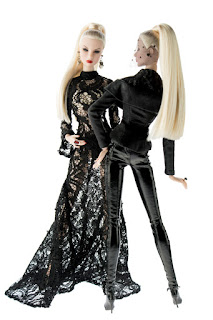 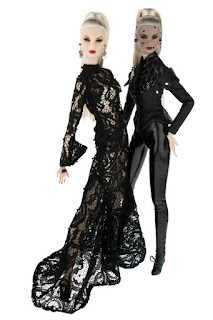 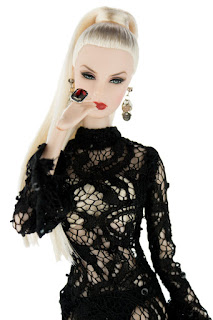 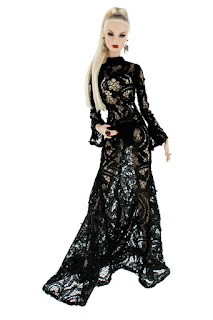 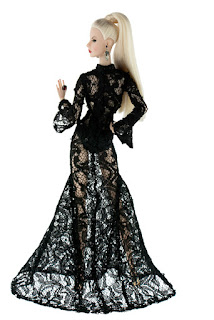 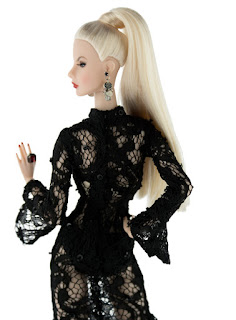 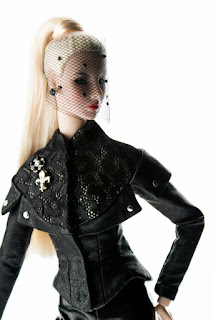 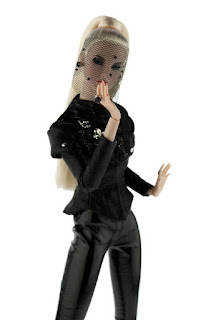 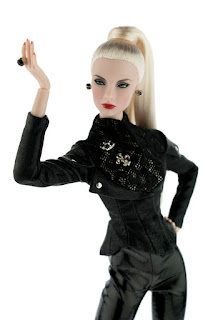 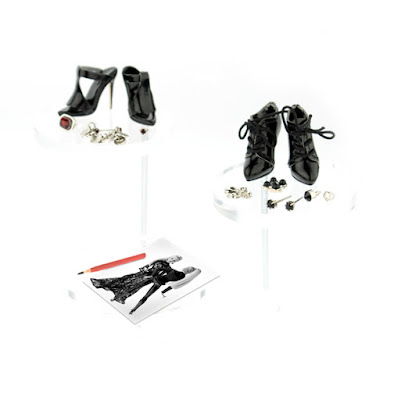